Autumn landscaping in the Park

This year we have received excellent rainfall which has not only accelerated plant growth, but also presented challenges in terms of the weeding of beds and keeping up with the mowing of lawns.

The Gatehouse entrance beds have now been planted with hydrangeas and a crassula groundcover that has a bright green appearance which will expose the hydrangeas in future and also control weeds.

The re-planting and tidying up of the agapanthus along the entrance and exit road to the Park has picked up momentum. This project will commence with urgency again after the required
lawn mowing and weeding standards are attained after the high rainfall received of late.

The re-planting and upgrading of the quadrants have also received attention and will soon take on an attractive appearance at circles 1 and 3.

A decision was made to extend the forest line in our parks. This would include the planting of an assortment of additional trees and improve the remaining lawn section via a
feeding programme.

Additional time has been spent along the boundary fence line, controlling vegetation off the electric fences as a result of accelerated growth again brought on by the high rainfall we experienced. 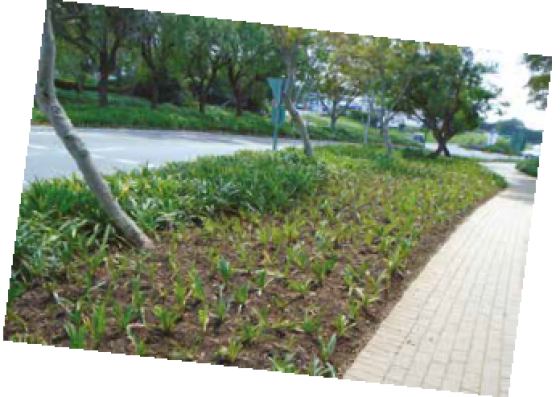 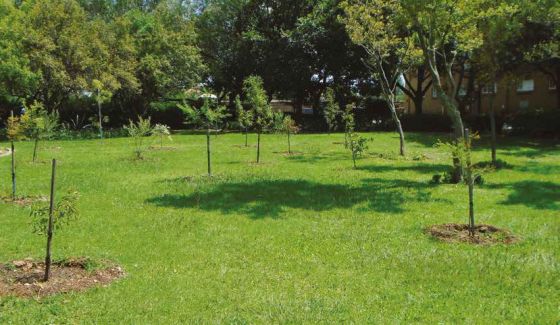 2021 has been a turbulent year, not only for the Park but for South Africa as a whole.
Read more

From the Park Manager

With the sudden and very sad passing of Dave Edwards, I took over the position of Park Manager in June this year.
Read more

Several operations have been conducted in and around Kyalami to limit criminal activities and make it a safe area to be.
Read more

Summer landscaping in the Park